“The Natural Lightweight Fill Solution to Your Construction Challenges”

CanLava’s Tephralite is a high-quality lightweight red vesicular basalt, that is a cost-effective solution to many engineering challenges. TephraLite – Red Basalt has a wide variety of uses and applications, including as a road base lightweight fill. We understand that one of the many problems faced by geotechnical engineers when developing designs for specific types of projects is the weight of natural fill used in construction. Our TephraLite – Red Basalt delivers on all the required engineering characteristics needed to overcome the challenge of weight. TephraLite- Red Basalt ensures great project outcomes over the long term. This natural volcanic lightweight fill aggregate is a high-performing material, test results prove it. 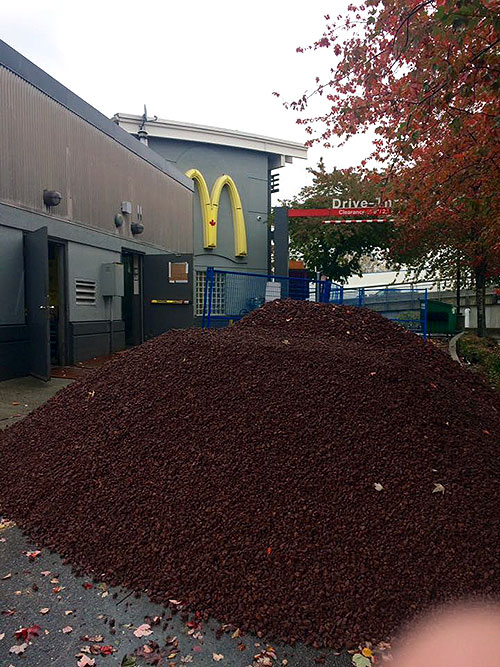 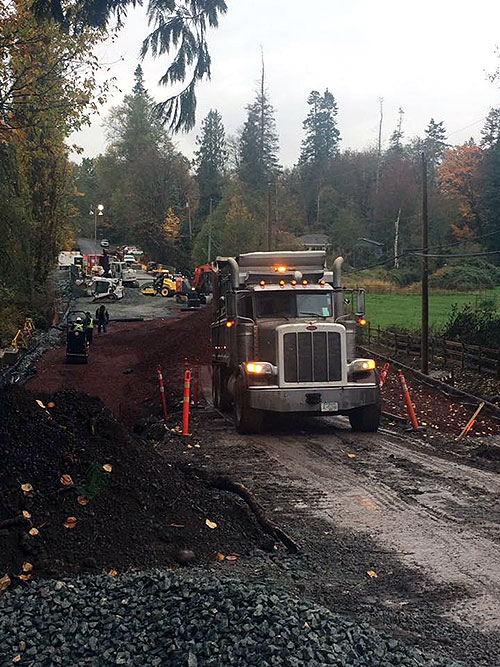 Construction overload on high compressive soils can cause significant settlements. High quality lightweight fill materials such as TephraLite Red Basalt can be used to replace the excavated soils to help minimize settlement. TephraLite Red Basalt aggregates come from fast cooling lava, and the escaping and bubbling gasses create vesicles and pores throughout the rock structure itself giving the material its lightweight characteristics.

Ground settlement can be defined as a void reduction, due to a load application, which forces the particles closer together and changes the orientation of the structural framework. The situation where lightweight fill such as TephraLite Red Basalt may be appropriate include conditions where construction schedules do not allow for the use of staged construction, where existing utilities or adjacent structures are present and cannot tolerate the magnitude of settlement induced by the placement of typical fill, and at locations where post-construction settlements may be excessive under conventional fill. Mechanisms that mainly contribute to compaction are the reduction of the aggregate’s angularity. TephraLite Red Basalt has very irregular and jagged shape to it which promotes the aggregates interlocking nature and helps to prevent the material moving into a denser configuration. TephraLite Red Basalts high durability index rating (hardness) minimizes the production of fines and promotes stability by making it difficult for particle rearrangement and compaction.

Pumice on the other hand is not nearly as durable and much more likely to degrade over time causing unwanted settling. Also, the densification of Pumice can lead to pavement rut and waves in the road. Pumice also displays the attitude to be abraded during compaction, producing a large number of fines. This behavior is counter-productive in achieving the materials intended purpose. Testing has shown that Pumice has a marked attitude to crush and produce a very high quantity of fines, prompting the belief that this kind of “Structural Weakness” of the aggregate will reduce the stability of the structures it is deployed in.